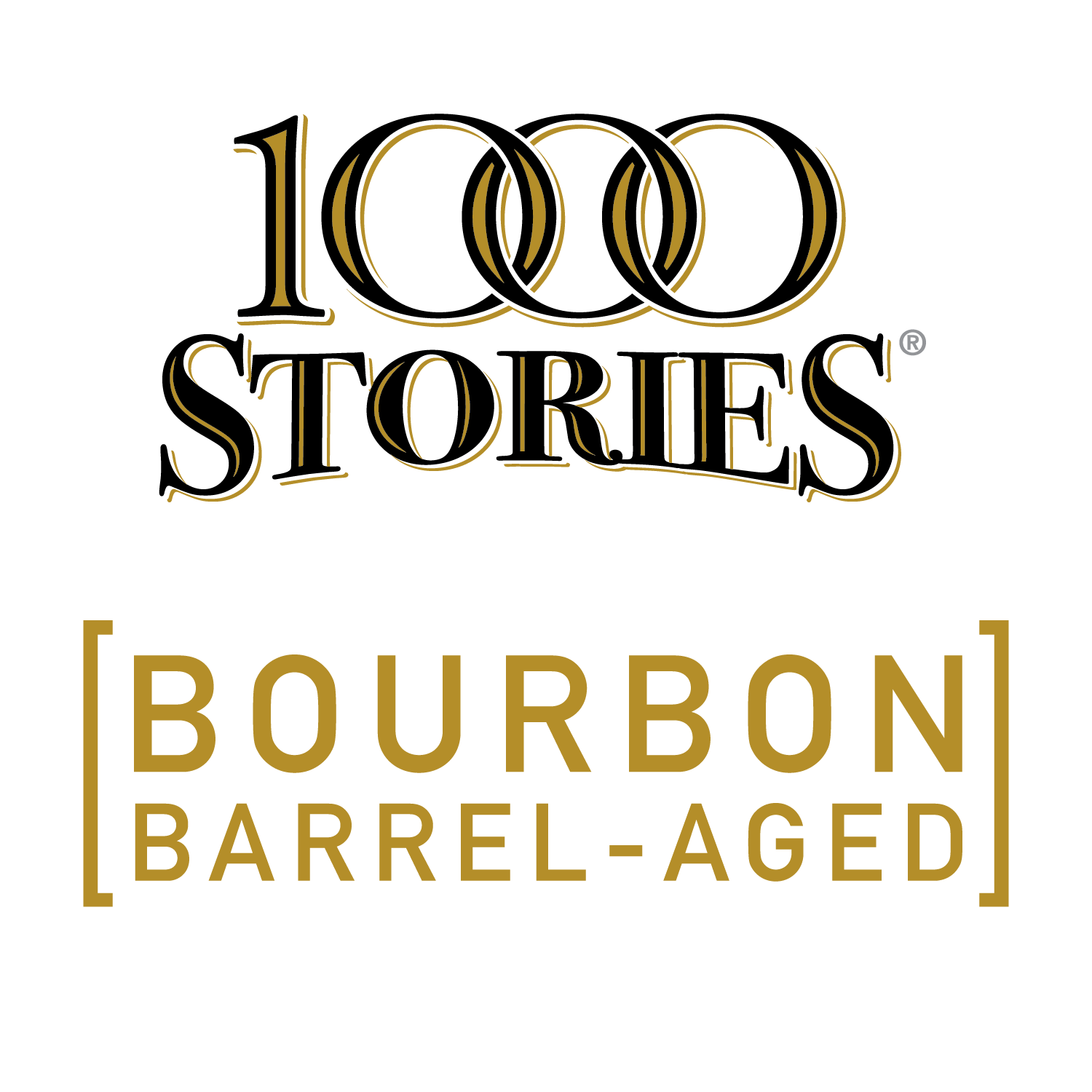 A global leader in crafting wine aged in bourbon barrels, 1000 Stories melds California’s winemaking heritage with America’s storied bourbon culture. Expertly crafted by Master Winemaker Bob Blue from renowned vineyards—including some of California’s most revered sites for old vines—1000 Stories is aged in traditional French and American oak, then finished in charred bourbon barrels to impart storied nuance and character to the wines. Named an IMPACT “Hot Prospect” brand three years in a row for its trailblazing portfolio, 1000 Stories consistently garners point scores of 90 or above from celebrated publications. The collection includes Zinfandel, Gold Rush Red, Prospectors’ Proof Cabernet Sauvignon and a Chardonnay, each crafted in batches and aged in bourbon barrels to convey a uniquely American story.
Learn More

Every year, Nashville opens their hearts to the children of Isla Mujeres in what has become a perfect combination of good times and goodwill. For the past decade, The Island Time Music and Fishing Fest has given music lovers and fishing enthusiasts the opportunity to interact with talented writers and performers under the welcoming skies of Mexico’s best kept secret - the island community of Isla Mujeres.

Best of all proceeds from the week’s activities - and the accompanying online auction - benefit the children of Isla Mujeres along with the operations of the island’s Little Yellow Schoolhouse and its service to local, special needs children

Honoring the enduring inspiration of Frank Sinatra, That's Life is Willie Nelson's second album of classics made famous by The Chairman of The Board

The Academy of Country Music® will announce the full list of nominees for the 56th ACADEMY OF COUNTRY MUSIC AWARDS™, on Friday, February 26. The celebratory day for the country community and artists’ fans alike will begin with Kelsea Ballerini and Brothers Osborne appearing LIVE on “CBS This Morning” to announce select nominations followed by exclusive categories revealed by ET’s Rachel Smith on ETonline.com. The ACM Awards official social media accounts will also post updates in real time with all nominees being posted at ACMcountry.com immediately following the morning’s ceremonies.

Every year, Nashville opens their hearts to the children of Isla Mujeres in what has become a perfect combination of good times and goodwill. For the past decade, The Island Time Music and Fishing Fest has given music lovers and fishing enthusiasts the opportunity to interact with talented writers and performers under the welcoming skies of Mexico’s best kept secret - the island community of Isla Mujeres.

Best of all proceeds from the week’s activities - and the accompanying online auction - benefit the children of Isla Mujeres along with the operations of the island’s Little Yellow Schoolhouse and its service to local, special needs children

Join Circle and No Kid Hungry as they present a free livestream of the Grand Ole Opry. My Opry Debut with Parker McCollum starts at 8:30/7:30c.

Join Circle and No Kid Hungry as they present a free livestream of the Grand Ole Opry. The Opry Livestream at 9/8c pm features performances by Chris Janson, Travis Tritt and Hailey Whitters.

Jake Hoot + Kelly Clarkson will appear on the TODAY Show

Track45 will be featured as the Facebook Artist of The Day! The band will go live, tell stories, respond to fan comments, and perform. The video will live on FB Music's page.

In celebration of the one-year anniversary of her critically acclaimed album, Your Life Is A Record, eight-time GRAMMY nominee Brandy Clark will release a special new deluxe edition, Your Life Is A Record (Deluxe).
In addition to all eleven songs from Your Life Is A Record, the deluxe album will feature six bonus tracks including “Remember Me Beautiful,” a new song Clark wrote earlier this year as part of NPR’s Morning Edition Song Project. The album will also feature special collaborations with Brandi Carlile (“Like Mine” and “Same Devil”) and Lindsey Buckingham (“The Past is the Past”) as well as live renditions of two album tracks: “Pawn Shop” and “Who You Thought I Was."

In honor of the album, Your Life Is A Record, anniversary, Clark will perform her first ticketed Livestream concert. Tickets for the show are available now with a selection of purchase options, including a limited number of VIP packages with signed merchandise and a virtual meet & greet. Fans will also have the option to add a digital download of theYour Life Is A Record (Deluxe) album to their Livestream ticket, to be delivered on release day.

Josh Turner will perform his first-ever intimate livestream concert on the platform Sessions in front of a limited, socially-distanced live audience at Ole Red in Nashville on March 10. The Sessions livestream global exclusive event will be accessible in over 230 countries.

Warner Music Nashville’s “platinum-selling singer conquering the country radio charts” (The Tennessean) Gabby Barrett release her 7-track Live From The Goldmine EP. Reaching a new career milestone, Barrett has officially surpassed 1 BILLION career global streams just seven months after the release of her full-length debut, Goldmine.
Bringing her in-demand live concert experience to fans, the collection comes from her album release performance special of the same name and serves as a much-needed dose of vocally charged live music after a year without touring.

Buzzed about singer-songwriter Morgan Wade, who grew up surrounded by bluegrass while possessing an affinity for pop and rock, releases her full-length debut Reckless.

Naomi Judd joins the cast of Ruby, the first in a four-movie event will air across two consecutive weekends beginning Saturday, March 20. This series is a V.C. Andrews movie series,  adapted from Andrews' best-selling Landry novels.

Carrie Underwood will follow the extraordinary success of her recent Christmas album, My Gift, with an album of gospel hymns, titled My Savior.  The new album will be released on CD and Digital March 26, 2021, just prior to the Easter holiday, and on vinyl April 30. My Savior is co-produced by Carrie and GRAMMY® Award winner David Garcia, with whom she co-produced her critically-acclaimed 2018 Platinum album Cry Pretty.

My Savior will consist of covers of traditional gospel hymns Carrie grew up singing and is a spiritual companion to Underwood’s first-ever Christmas album, My Gift.

Brandi Carlile is opening up about the life lessons that shaped her as an artist in a candid new memoir, Broken Horses, due out April 6.

The five-time Grammy award–winning singer, songwriter, performer, and producer examines a life shaped by music in this heartfelt and intimate story that will be published in both hardcover and digital formats by Crown, along with an audio edition of the book, read by the author, simultaneously released by Penguin Random House Audio.

Ashley Monroe is releases her fifth studio album Rosegold via Mountainrose Sparrow/Thirty Tigers. Written and recorded over the past two years, the record finds Monroe pushing her sound in new directions. Monroe tracked and co-produced the album one song at a time, inviting collaborators including Nathan Chapman, Jake Mitchell, Jordan Reynolds, Ben West, and longtime producer/co-writer Tyler Cain, to help build and produce full tracks in the studio.

Country Music Hall of Fame legend Ronnie Milsap is back with new music this spring. His 10-song album, A Better Word for Love, will be released April 30 on Black River Records, and is the follow-up to his all-star project Duets.
Teaming with longtime co-producer Rob Galbraith, Milsap recorded much-loved songs that didn’t fit his prior albums, including those by renowned songwriters Mike Reid, Gary Nicholson, Al Anderson, Jim Weatherly, Brent Maher, Allen Shamblin, and David Ball.

With his first original full-length studio album in over a decade, Travis Tritt releases Set In Stone via Big Noise Label Group. Tritt revisits his traditional country roots on “Smoke In A Bar,” which will release weeks ahead of the album (March 5). Set In Stone features 11 new songs, 8 of which were co-written by Tritt and the album was produced by Dave Cobb.

May 28, 2021
Never Will: Live From A Distance by Ashley McBryde
Pre-Order & Pre-Save Now

Ashley McBryde may not be able to return to the road, but she’s giving fans a taste of the live experience with her six-song EP Never Will: Live From A Distance.

Continuing its long-standing tradition of delivering the best in nonfiction storytelling to connect audiences with the world around them and to inspire new passions, National Geographic premieres its newest unscripted series, BREAKING BOBBY BONES, with two back-to-back episodes, then moving to Sundays at 10/9c with two new episodes premiering each week. Produced by BBC Studios’ Los Angeles production arm for National Geographic, the 16-part series is hosted and executive produced by award-winning and influential American radio and TV personality Bobby Bones, a bestselling author and a full-time mentor on ABC’s hit singing competition show “American Idol.”

In each half-hour episode of BREAKING BOBBY BONES, Bobby crisscrosses the country to meet everyday heroes who have extraordinary jobs, hobbies and abilities, welcoming him with open arms to give him a crash course in their specialized skills. Bobby accepts the challenge of living a day in their lives and attempting the tricks of their trades, which often means pushing past his own comfort zone, like dangling over the Grand Canyon 4,000 feet above the Colorado River despite his greatest fear in life—heights. Along the way, Bobby is able to make a personal and compassionate connection with each person’s uni

Maggie Rose releases her new album, Have A Seat, via Starstruck Records.

Have A Seat is Rose’s third full-length project and was produced by Ben Tanner at the iconic FAME Studios in Muscle Shoals, Alabama. In a series of pre-pandemic sessions, Rose recorded with a lineup of heavy-hitters including bassist David Hood of the Swampers (the session musicians who played on records from legends like Aretha Franklin and Etta James), guitarist Will McFarlane (Bonnie Raitt, Levon Helm), and longtime bandmates/collaborators Larry Florman (background vocals/percussion), Alex Haddad (guitars), and Sarah Tomek (drums) of Them Vibes, as well as guests such as Marcus King, and others.

Sing Me Back Home: The Music Of Merle Haggard 2-DISC CD

"Nobody But You" Wine Cup Set

The Way It Feels T-Shirt

Beam Me Up Long Sleeve T-Shirt